Fan-tailed swordtail made of lyre-fin female and king lyre 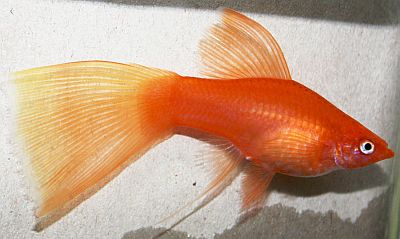 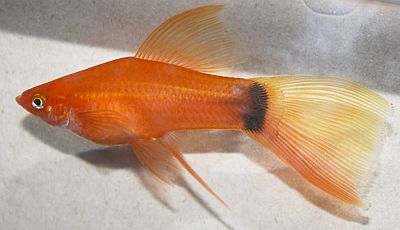 Joanne Norton and Glenn Y. Takeshita claimed that finned swordtails are made from the pairing of lyre-fin swordsmen.
I am probably one of the first to achieve this consciously with the help of royal lyre English Königslyra

[select to move and drag] without artificial insemination.

Not the first time I had such animals.
For an older litter with a large number of these animals, of which I had exhibited a pair at the Xipho EM in 2008 as a test breed under the name Fächerflosser in Bretnig, I was not yet aware of the connections!
But how did that come about back then?
The siblings were the first normal gonopodial lyric sword bearers I found, which I later called king's lyre. Königslyra

Here are the exhibition animals from 2008: 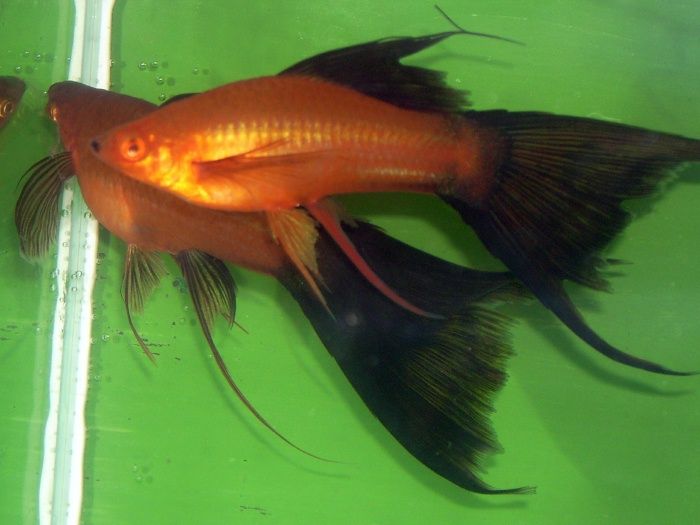 This couple had actually far exceeded the "exhibition age". They were in excellent condition until the end of their lives.

Fan-like fins and lyre fins are not for people who cannot recognize that fish with long fins need particularly clean water. Then the fairy tales of "life-long growing fins" are created at the Lyraschwertträger.

As a young animal: 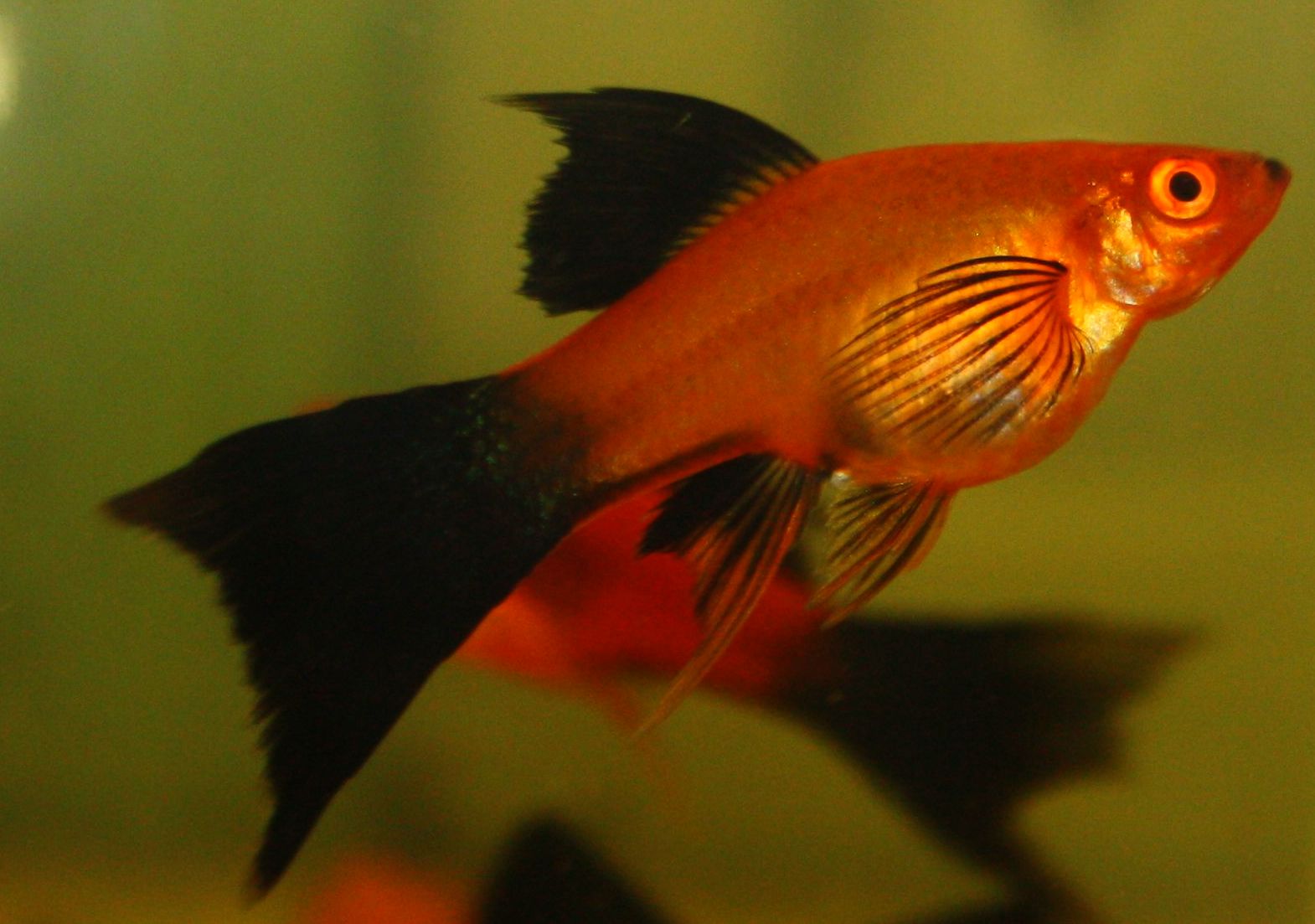 Joanne Norton described in the book "Fish breeding and genetics", Tetra Press 1991 in the article "Fish genetics", that the finned fin is a genetic variation of the lyre fin, but not all finned fins are of genetic origin,

It has been described that damaged fins can also take the form of fins due to their "repairability". Among other things, a bacterial strain was identified that could produce such.

In my pictures you can clearly see the changed type of all fins. Note the shape of the dorsal in connection with the development of the caudal.

Unfortunately I do not have enough pools to satisfy my impatience for new crossings at the same time.

However, I am convinced that other breeders have had experience with it. Especially those who have previously worked with artificial insemination should be able to say something about it.

Glenn Y. Takeshita reported about it in an article in the TFH 2008 under the "Lyretail swordtail genetics". Unfortunately, the attempts described have not been followed with the desired consequence, which he himself criticizes. His hope expressed at the end that there would be lyric sword bearers with normal gonopodium and that this would make it easier to achieve results, even with the appearance of the royal lyre. Fertilization is easier, but the results are also more inhomogeneous.

However, due to the small number of litters raised, little can be said here.

I would like professional propagators to show a little more interest in royal lyre than just to increase the number of lyric sword carriers per litter. But that will remain a wish.